This afternoon, I hat just settled into a thought-provoking book after a relaxing meal of avocado toast when my phone rang. Thinking that it was just an automated message from the NYPL saying that one of my books on hold had become available, I picked it up to hear, “Hello, Jessica? Are you still coming for your 1pm appointment with _____?”

The haircut appointment that I had set up a month in advance was in fact for today instead of tomorrow, as I had originally thought. The man on the phone explained, kindly but understandably impatiently, that because I was (more accurate, would have been) a first-time customer, they would waive the same-day cancellation fee. However, according to policy, I was forever barred from making appointments with _____ again. Good day, *click*

A remarkable thing is that the salon had sent me a text message the day before, presumably to avoid precisely what had occurred. And I had thought it funny that they would send me a reminder 2 days in advance, but I carelessly and readily replied, “Yes.” 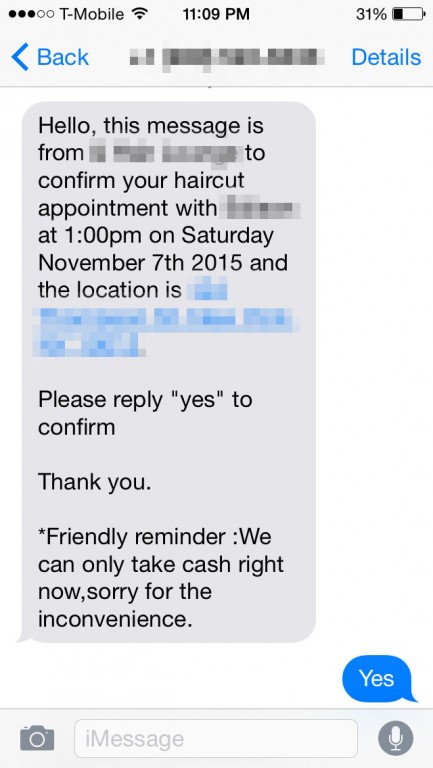 It just goes to show that no matter how many failsafes you put into place, there will always be someone–a user with her own assumptions, who ignores your instructions and doesn’t read your reminder texts– that blunders through and evades your best efforts.

And that user can be anyone, even someone with the best intentions whom peers and colleagues would otherwise describe as organized and responsible in other settings.

On the business side, then, what could the salon have done in order to prevent this from happening, or at least to minimize the damage?

1. Put more failsafes in place. Ask that users reply to confirmation texts with the time and date instead of simply responding with “Yes,” or send out another reminder text a few hours before the appointment. However, doing so requires additional labor, and also inconveniences ALL customers for the sake of the few.

2. Stricter policies. Charge for the full service or a nominal fee if a customer misses the appointment–and don’t waive it, even out of kindness to first-time customers. This would, at least, partially cover the opportunity cost of the missed appointment. However, there’s a potential downside to this as well: A study ran at a day care that wished to deter parents from picking their children up late found that instituting a late fee increased the number of late pickups. The introduction of the monetary fee decreased the parents’ guilt, and justified the late pick up because, hey, they were paying up for it. I don’t know to what extent customer guilt would help the salon, but it’s worthy of consideration especially if they’re looking to establish long-term relationships with these customers.

3. Be lenient, and go all the way. Accept that mistakes, accidents, and other circumstances happen and cut the customers some slack. In this case, the salon was already lenient by waiving the fee. However, I don’t know that revoking future appointment-making privileges would necessarily be the best move to follow. Had I been able to reschedule, I might have demonstrated that I actually am quite capable of keeping track of appointments, and given a substantial tip in gratitude for being given a second chance. I can see the logic behind the policy, though, in order to protect the business and weed out a segment who could very well turn out to be bad customers.

It’s not clear which of these options works best without being the business owner and without conducting a true experiment. But I’m grateful that the salon was understanding of my mistake, and it looks like I’ll just have to live with my split ends for a while longer. 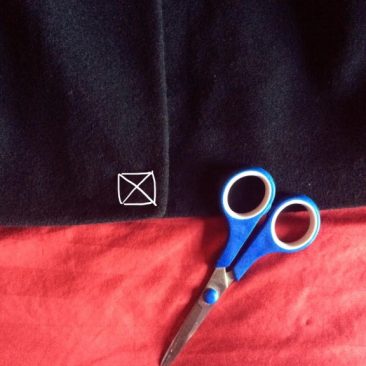 Sometimes, we feel like the best way to communicate — in particular, to give instructions...

To exercise my creative muscle, I am completing creative exercises from David Sherwin’s Creative Workshop: 80 Challenges...

Together with a UX friend, I am completing creative exercises from David Sherwin’s Creative Workshop: 80... 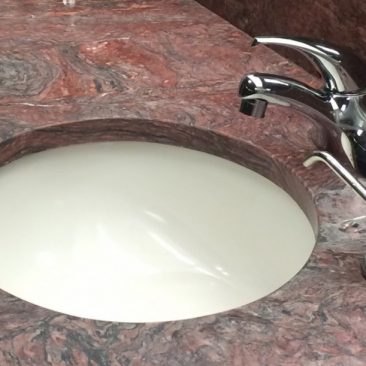 Our company just went through a series of renovations, during part of which our department was temporarily housed... 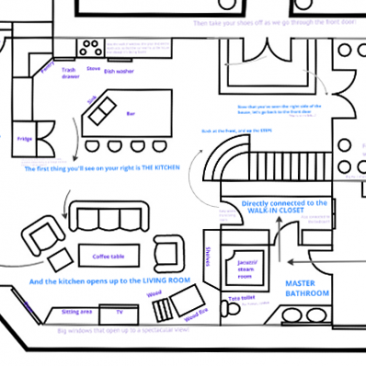 My parents searched for a house in New Zealand for a long time, and just...